A Guide to Rank 9

A Guide to Rank 9

Hello friends and fellow gamers. I thought i'd make a guide on how to achieve rank 9 - gear and armor which is the endgame gear on this server.
Since it's the endgame gear, it not something you achieve very fast and you'll have to grind alot for it.

To start off you'll need to have ATLEAST 300.000 Reputation and must've reached the level of 101. There are several ways to earn reputation and those are:

- Completing quests and cultivations Such as any normal quest, BH and FB.
- Getting drops from monsters which you can trade for reputation
- You can buy Reputation from the Event Boutique
- Buy jades in Morai for 2 influence each. you can use 20 jades per day(1600 rep)

The best way to earn reputation is by buying it from the Event Boutique and there are several items which do reward reputation.

However, the most cost-efficient way is to buy the Wraith Marshal's stamp x100.


Once you have reached 300.000 Reputation it's time to get the gear!
(Read Azure's guide on how to earn Event Gold HERE)


The gear, which consists of Chest, Legs, Boots, Sleeve, Weapon, Ring and a Belt can be traded for Medal of Glory and General Summer's tokens at the Commander-in-Chief (521, 626).

Medal of Glory can either be found in the Event Boutique for 200 Event Gold or bought off another player(Since the server is somewhat new, there isn't any official streetprice), You can also recieve one from pack(very rare) In Total you will need 19 x Medal of Glory for the entire set of gear.


How much does each piece cost?


The Ring of Trauma**

The total price for achieving Rank 9 and claiming the gear


Once you have a piece of Rank 9 gear or the whole set you can upgrade it for better stats at the Commander-In-chief for Summerwind Tokens. These tokens can be crafted at Celestial General in City of a thousand Streams(129,855) for 1200 Uncanny Crystal and 300 Rapture Crystal each. you need 9 Tokens in total, 4 for the weapon and 1 for each of the armor pieces. The ring however, can be upgraded in North Archosaur by the Ascension Forge for Supply tokens and Seal of war(50 supply tokens per Seal of war), all of which can be obtained by participating in Nation Wars (Friday and Sunday).


Thank you and sorry for any misspellings. Please comment or let me know if you find any mistakes in the guide 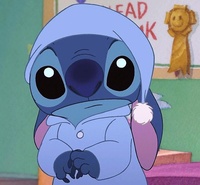 oh how the tables have turned